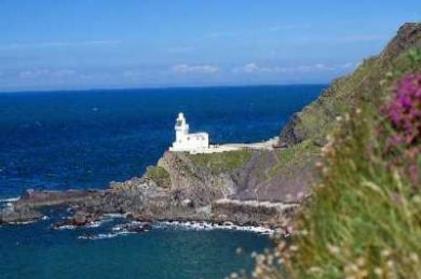 In an area of outstanding natural beauty set against the spectacular Atlantic coastline to the west and the Bristol Channel to the north , the 17,000 acres of the Hartland Peninsula offer a landscape of wonderful contrasts .

As you cross the peninsula , high open moorland and ancient woodland give way to coastal waterfalls tumbling from hanging valleys onto rocky shores . These meandering valleys afford shelter from the prevailing winds to create a micro-climate which supports an abundance of wild flowers , rare lichens , culm grassland , insects , birds and animals .
Hartland Forest covers 1,000 acres and is home to herds of wild deer, yet it is just 5 miles away from North Devon's beautiful Heritage coastline and miles of sandy beaches.

Hartland Forest Golf Club is situated within Hartland Forest , close to the Atlantic coast of North Devon and Cornwall which is steeped in a tradition of smuggling and wrecking , and famous for its timeless fishing villages , including Hartland and Clovelly which are just 5 miles away . Renowned the world over for its flower strewn cottages and steep cobbled footpath falling to the 14th century harbour , Clovelly should not be missed by visitors whilst Hartland Quay and its incredible geological features and beauty so impressed Walt Disney that it formed the backdrop to the opening of his film of Robert Louis Stevenson's 'Treasure Island ' .

Lundy Island can be visited by boat from Clovelly or Bideford Quay and is populated by just a few souls , many seals and puffins .

For garden and historic house enthusiasts , a visit to Hartland Abbey , Tapeley House and Gardens , Arlington Court , RHS Rosemoor Gardens and Marwood Gardens would be worthwhile .

The Atlantic ( Factory Shopping ) Village on the outskirts of Bideford offers ' Retail Therapy ' and Dartington Crystal at Torrington is well worth a visit .

There are many local potteries and craft studios to be found in surrounding villages.

The whole of the Devon and Cornwall coastline is easily accessible from the lodge and offers unsurpassed holiday attractions for adults and children alike , throughout the year .

Surfing is a popular pastime at many local beaches - British Surfing Association approved tuition is available at Bude.

At the Tamar Lakes there is a watersports centre offering sailing , windsurfing and canoeing . Rowing boats are also available for hire.

Sea shore fishing is accessible from many places including Clovelly , Hartland Quay and Appledore and sea fishing trips go out from Clovelly .

Coarse fishing locations include the Upper Tamar Lake , Jennetts , Melbury and Darracott reservoirs and trout fishing is available at Roadford and Colliford Lakes. Guests also have free and exclusive use of the two on site lakes which are stocked with Carp , Rudd , Bream and Tench .

Wreck diving is available off Lundy.

A number of local stables offer horse riding along the coastal paths or cross country.

The Tarka Trail is a wonderful bike riding route and there are many local lanes to explore too .

Wildlife enthusiasts will enjoy the many local nature reserves and country parks which include Northam Burrows , Braunton Burrows , one of Europe's largest areas of sand dunes with important plants , Kenwith Valley Nature Reserve , Tamar Lakes ( the lower lake is an S.S.S.I. and a wildfowl refuge ) , Isley Marsh near Instow - 97 acres on the Taw estuary , Brownsham near Hartland ( S.S.S.I ) , Halsdon near Dolton - ( S.S.S.I ) , Welcombe and Marsland , Bucks and Keivills Wood and Lundy Island - 11 miles off the coast and which is owned by the National Trust . 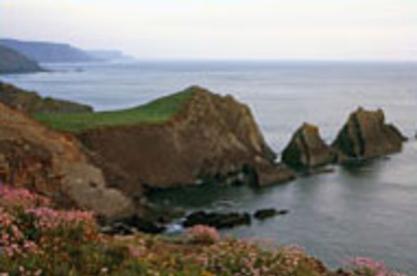